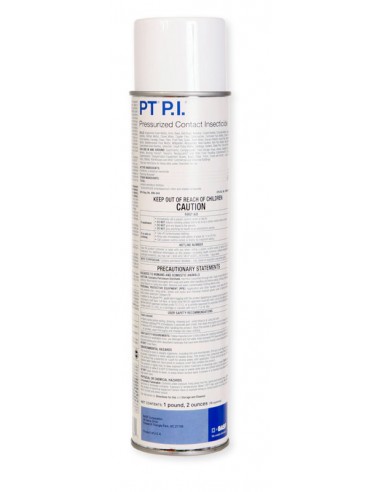 Microcare is a non-residual pyrethrum spray that is effective against flying insects, lice
and eggs, fleas and ticks, and many more. Microcare Pressurized Pyrethrum Capsule
Suspension can be used in sensitive locations such as food handling areas, and due to
its repellency, it can be used as a barrier around windows, doors and other pest entry points.

Whitmire PT Microcare Pressurized Pyrethrum Capsule Suspension provides quick knockdown of numerous crawling and flying insects. Convenient aerosol container provides handheld application and can be used as a space spray, localized or crack and crevice treatment indoors and can also be used as a spot, crack and crevice application in closets, pantries, cabinets, etc. MicroCare can also be used outdoors around windows and doors to provide residual repellency against insects and as a ground and shrub treatment for gnats, flies, mosquitoes and wasps. Contains capsulized pyrethrum for fast knockdown, long residual and low environmental impact.

Whitmire PT Microcare Pressurized Pyrethrum Capsule Suspension Features:
Provides residual activity
Capsulized formula provides UV protection and long residual
Can be used in sensitive environments
Due to its repellency, it can be used as a barrier to exclude access around windows and other pest entry points
Offers broad spectrum killing power to help combat a wide range of flying and crawling insects
For use handheld use

APPLICATION: Inject P.I. into cracks and crevices or void spaces where insects may be harboring, living and breeding. Place injector tip into cracks, crevices, holes and other small openings. Apply product for 1 second. For light infestations, move injector tip along cracks while treating at the rate of 3 linear feet per second. For heavy infestations, move injector tip along at 1 linear foot per second. For treatment of inaccessible voids (including wall and equipment voids), calculate the void's cubic area and treat at the rate of 5 to 10 seconds per 3 cu. ft. Several holes may be required in long-running voids.

GROUND SHIPPING ONLY
Tap to zoom