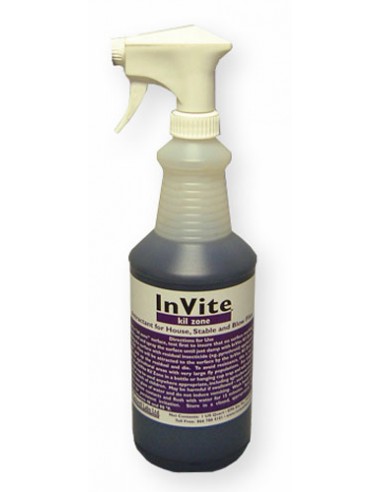 InVite Kil Zone Liquid Attractant is a proprietary formulation of 17 ingredients, including pheromone, food and breeding site attractants, that does not have an overbearing smell and can be utilized in both pesticidal and non-pesticidal applications.

InVite Kil Zone Liquid Attractant Features:
* For use indoors and outdoors
* Attracts house flies and blow flies
* Increases effectiveness of light traps when applied to the inside surface

InVite Kil Zone Liquid Attractant Uses/Applications:
To create a "kill zone" surface, test first to insure that no surface marking occurs, then shake well and spray the surface until just damp with InVite Kil Zone. Follow by spraying the surface with micro-cap residual insecticide (eg. pyrethroid) applied according to the label. Flies will be attracted to the surface by the InVite Kil Zone and will land and pick up the residual and die. For trapping, put about 4 oz of InVite Kil Zone in a bottle or hanging cup trap and add water and/or food. Traps may be used anywhere appropriate. 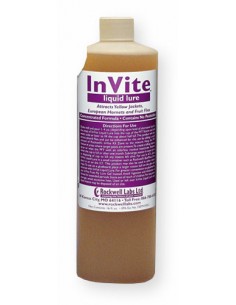 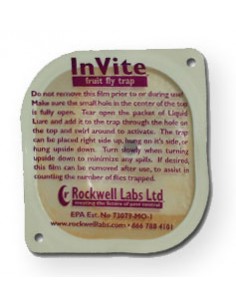 ZOEGENTROL16OZ
Trustpilot
$24.95
Gentrol Aerosol with Gentrol IGR Not For Sale To: NY
Tap to zoom